And yet It Moves 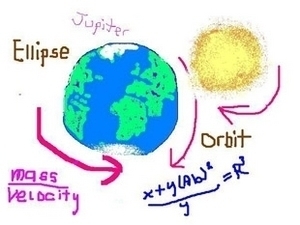 The news that the South Korean scientist Hwang Woo-suk has been fired from his prestigious seat with Seoul National University caused shock waves in the medical world and beyond. His claims, going back over several years, to have cloned the first human embryos and to have extracted stem cells from them, turned out to have been false. Six other professors working with Hwang have also been disciplined.

His research had raised hopes of finding cures for a range of afflictions, including Parkinson's disease, and Alzeimer's. The disgraced professor has apologised for producing faked results, but remains convinced that he was heading in the right direction, and that sooner or later someone else would make the breakthrough.

Not least of the outcomes of Hwang's fakery is the damage done to the public perception of science. We tend to put scientists on a pedestal, and it comes as a shock when one of them is caught with his hand in the cookie jar. What happened at Seoul is grist to the mill of the anti-science lobby, which would claim it proves that science is unreliable and that scientists cannot be trusted.

In my opinion this argument misses the point. The integrity of scientists can be relied on precisely because falsification cannot be hidden, at least not permanently. The simple fact is that nothing in science is given credence unless it can be tested and verified independently by other scientists. That is what keeps science honest.

In 1925 science was, in effect, put on trial when a young biology teacher from Dayton, Tennessee called John Scopes, was arrested for teaching evolution in violation of state law. The Monkey Trial, as it became known, was really a show trial and Scopes was a willing guinea pig, used to test a new law which banned 'any theory that denies the story and divine creation of man as taught in the Bible'

Clarence Darrow, America's foremost lawyer at the time, offered to defend Scopes without a fee, and the prosecution was headed by a former presidential candidate, William Jennings Bryan. Darrow apparently had the best of it. The contentious HL Mencken was one of the reporters on the trial, and described how Darrow goaded his opponent; "His face flushed under Mr. Darrow's searching words, and he writhed in an effort to keep himself from making heated replies. His eyes glared at his lounging opponent, who stood opposite him, glowering under his bulging brow, speculatively tapping his arm with his spectacles". In the end, John Scopes was found guilty by the jury and fined $100. Both sides claimed a victory.

Probably the best known case of deception in the 20th century was that of 'Piltdown man'. Piltdown was an archaeological site near Hastings, East Sussex, where fossil remains were found in 1913, which were thought to be the 'missing link' between men and apes. In 1953 it was discovered that the cranium was of a modern human and the jawbone belonged to an ape. The discovery caused enormous embarrassment in scientific circles, particularly in view of the amount of time which had elapsed since the original excavation. To some, this was proof positive of the fallibility of scientific results, but in fact scientists were denied access to the remains for many years, and had to be content with plaster models.

It is stating the obvious to say that in the ninety years or so which have elapsed since the Piltdown discovery, technology has improved beyond anything dreamt of in those days. There are now many ways of testing and examining fossil remains, and taken together, they remove most of the guesswork from the dating process. In the end, the fraud perpetrated on the scientific community by some unknown person all those years ago, was uncovered by scientists, which surely demonstrates that science is able to correct its own mistakes.

Whoever set up the Piltdown fraud was clearly bent on mischief, but in the case of Paul Kammerer and the Midwife toads the scientist involved acted from the same muddled good intentions as Hwang Woo-suk. Paul Kammerer was an Austrian biologist, working in the early part of the 20th century. He had what we would call celebrity status, and besides being a renowned scientist, he was a musician and composer, mixing with the Viennese intellectuals, artists and musicians of the time, including Gustav Mahler and the conductor Bruno Walter.

Kammerer wanted to resurrect the earlier theories of Jean Baptiste Lamarck, which postulated an alternative view of evolution to that of Charles Darwin. Lamarck suggested that physical characteristics (and by inference, mental ones), acquired during the lifetime of an organism, could be passed on to its offspring. Lamarckism had long since been abandoned by scientific thought, but Kammerer believed he could induce hard pads on the forelimbs of Midwife toads which could then be passed on to the next generation, and so prove Lamarck's theory of the inheritability of characteristics.

Unfortunately for him, at the height of his fame, an American scientist by the name of GK Noble, on examining one of Kammerer's specimens, discovered indian ink in the pads. This was the end for Kammerer. His twenty-six years of careful studies were compromised, and shortly after, he took his life.

The word 'science' comes from the Latin 'scienta' and simply means 'knowledge'. Probably the first man who thought like a modern scientist was Leonardo da Vinci. Aside from being a great painter and a passable lute player he had an insatiable curiosity about the world. He produced a vast series of notebooks with observations on anatomy, cloud formations, plans for cities, military inventions, tanks, flying machines and submarines. He was also fascinated by recurring patterns in nature.

Leonardo's restless and brilliant intellect rarely allowed him to finish anything. It was left to three great astronomer/mathematicians; Copernicus, who was his contemporary, and a little later, Johannes Kepler and Galileo Galilei to lay the foundations of modern science.

Copernicus re-discovered what some of the Ancient Greeks had known; that the sun was at the centre of the solar system, and that the earth revolved around it. Heraclides and later Aristarchus proposed this idea over two thousand years ago. At that time, however, most scholars followed Ptolemy and Aristotle in believing that the earth was the centre of everything, a perfectly natural and sensible point of view, given the available evidence.

Unlike Galileo, who followed him, Copernicus was a careful and rather timid man, and did not publish his findings until very late in his life. In fact, it is said that he saw his work in print for the first time when he was dying. He never completely resolved the problem of the motions of the stars and planets. This was because In common with all astronomers of his day he still followed the ancient traditions, in assuming that planetary orbits were circular, and this skewed all his calculations somewhat.

It was left to the Polish astronomer Johannes Kepler in the next century to realise that in fact planetary orbits were elliptical. This was an amazing idea at the time. He had to assume that there was a force preventing the planets from flying off into space, and it was only when Isaac Newton demonstrated the existence of gravity in 1687 that his idea was confirmed.

Kepler was a superb astronomer and mathematician, and it bothered him greatly that, like Copernicus, he could not quite make his calculations fit his observations. There is an intriguing story relating how he finally achieved the breakthrough. It seems he went to bed one night with the problem on his mind and had a dream in which a spirit grasped him by the shoulders and repeatedly slammed him from the floor to the ceiling, shouting, "The orbits are elliptical, they are elliptical!" Next day he entered the elliptical orbit into his calculations and everything fell into place. The orbits were explained.

Galileo was the first to use modern scientific methods based on experiment and testable observations. In 1608 some spectacle makers from Flanders came to the Republic of Venice, where Galileo was staying, with their new invention, a spyglass for identifying ships well before they entered a harbour. Galileo heard about it and promptly set about figuring out how it worked. He not only succeeded in constructing his own spyglass, but went on to build a second one with the magnification stepped up by eight, and finally thirty times.

When he turned the telescope on the night sky, he discovered sunspots, the phases of Venus, the craters of the moon and the four large moons of Jupiter, now called the Galilean satellites. Galileo was now able, with his own observations, to back Kepler's assertion that nothing in nature is 'perfect'

It was inevitable that Galileo's beliefs would come to the attention of the Pope. Maffeo Barberini, Urban 3rd, was in fact an intellectual and patron of the arts, and would have preferred to let the matter drop, with a little co-operation on the part of Galileo. But Galileo was not strong on tact and diplomacy. Possibly he thought his position and intelligence would save him, but it was not to be. In April 1633 he was arrested and brought before the Inquisition.

He was shown the instruments of torture that could be used on him, and invited to recant his heresy. Galileo was well aware that in 1600 the philosopher Giordano Bruno had been burnt at the stake, with his tongue tied to prevent him speaking. His crime had been to champion the teachings of Copernicus and to advocate free speech in general. Galileo was an old man and knew he could not fight the Catholic church. He was invited to kneel and deny that the earth orbited the sun, which he did. As he stood up he is supposed to have muttered, "Eppur si muove!" (And yet it moves!).

If I had to look back to find the starting point of our modern world, I think I would have to pick the sun-centred theory of Copernicus. As the great German poet, novelist and natural philosopher Geothe wrote in the 18th century, "Of all discoveries and opinions, none may have exerted a greater effect on the human spirit than the doctrines of Copernicus. The world had scarcely become known as round and complete in itself when it was asked to waive the tremendous privilege of being the centre of the universe. Never, perhaps, was a greater demand made on mankind - for by this admission so many things vanished in mist and smoke! What became of our Eden, our world of innocence, piety and poetry; our testimony of the senses; the conviction of a poetic-religious faith? No wonder his contemporaries did not wish to let all this go and offered every possible resistance to a doctrine which in its converts authorised and demanded a freedom of view and greatness of thought so far unknown, indeed not ever dreamed of".

Today, of course, science touches every aspect of our lives. Our world could not exist without it. Perhaps it never could, for surely when we began to use fire, stone tools and agriculture we took our first steps along the path of science. If science is a tool, it works spectacularly well, but like any tool, it can be misused. The question is not whether we can trust science, but whether we can trust ourselves. Watch this space.