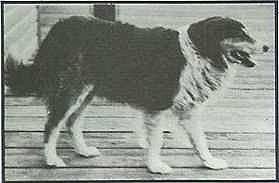 
Fort Benton is a prairie Atlantis. The approach is a vast flat, treeless expanse in all directions, yet you don't see it where the map says it should be. Instead, Ft. Benton is submerged beneath the amber waves, in a deep cut made by the wide Missouri. Once you get off the highway and descend, it appears as an oasis, with full growth trees, well-kept buildings, and lots of statuary. It is the current home of the "Smithsonian Buffalo" -- including Hornaday's Bull and tragic Sandy, the feisty bison; Montana's official Lewis & Clark Memorial; the remnants of the old Fort Benton; and the 30,000 sq. ft. Museum of the Great Northern Plains.


But Ft. Benton is best known for and most proud of Old Shep, its "forever faithful" sheep dog. In the summer of 1936, a sheep herder fell ill and headed to Ft. Benton for treatment. His dog, Shep, came along. When the herder died a few days later, his body was crated up and sent back east to relatives. Shep followed the box to the Ft. Benton train depot, and watched nervously as his master was put on board and taken away. No one remembers the name of the herder.


But everyone remembers Shep. Because for the next five and a half years, Shep maintained a vigil at the station, greeting the four trains that arrived each day, waiting for his master to return.

Two and a half years into the watch, Old Shep was featured in Ripley's Believe It or Not, and became a Depression-era sensation. Fan mail poured in. School children sent Christmas gifts. Rail travelers took long detours off the mainline, just to stop in Ft. Benton and see this devoted dog meet their train.

Eventually, tragedy struck. On January 12, 1942, little more than a month after the attack on Pearl Harbor, an old and deaf Shep failed to hear the 10:17, then slipped on an icy rail trying to get away.

Shep's obituary was carried on both wire services, and his funeral two days later was attended by hundreds, with an honor guard and pall bearers. "Eulogy on the Dog," originally written for fellow brave dog, Old Drum, was read by the town's minister.


Shep was buried on a lonely bluff looking down on the train depot. The Great Northern Railroad put up a simple obelisk, with a painted wooden cutout of Shep next to it. Just beneath, white stones spelled out SHEP. Lights illuminated the display at night, and conductors pointed it out to their passengers. Eventually, though, the passenger line stopped coming through Ft. Benton, the lights went out, and the grave fell into disrepair.

But a new generation of Shep fans, perhaps motivated by a Paul Harvey mention in 1988, repaired and refurbished the grave. The Shep cutout is now painted steel, and lights are back up. The site is well-maintained by the Kiwanis Key Club and Ft. Benton Community Improvement Society, and a small parking area and walking trail have been added behind the monument, so that a grave site visit is easy. In town, The Museum of the Upper Missouri shows off Shep's collar and dog bowl. It is one of many places that sells Shep coins.


And in 1994, the town unveiled a larger than life Shep bronze, both front feet on a train rail, down at one end of its historic levee (Lewis and Clark are on the other end). The money was raised by selling miniatures of the statue, as well as memorial bricks which were placed in a thirty-foot octagon beneath it. "Mutt Mitts" are available next to the statue for all those still building bonds with their own dogs
James Collins Scottish Essays